Islands’ Spirit Rising examines the long-term conflict over Haida Gwaii’s ancient forests and recent events that unfolded in the context of collaborative land-use planning. In response to threats posed by a century of logging, a local indigenous/ environmental/ community movement built enough momentum to challenge a multinational forest industry and the political structures enabling it.

The event speakers traced the evolution of the Haida’s battle to regain control over their homeland, from the early days of Haida resistance to the modern context of alliances, legal battles, and evolving forms of governance. The speakers also reflected on the broader implications of the Haida’s strategies and successes for reconciliation and environmentalism. The take-home message was that we are in this together, and that the Haida’s fight is everybody’s fight.

Unwinding Colonialism: Lessons from the Front Line
by Guujaaw, President of the Haida Nation, 2000-2012

Generalizing the Experience, What Will It Take?
by Dr. Michael M’Gonigle, Professor and Eco-Research Chair of Environmental Law and Policy, University of Victoria; Founder, POLIS Project on Ecological Governance

The POLIS Project on Ecological Governance is an ongoing interdisciplinary project at the University of Victoria’s Centre for Global Studies.

The Centre for Global Studies promotes collaborative policy solutions to the human, economic, and environmental challenges posed by globalization. 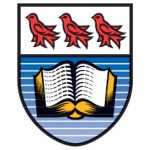 The University of Victoria is located on lək̓ʷəŋən territory and traditional lands of the Songhees, Esquimalt, and W̱SÁNEĆ peoples.